This week Holbar Lake was in action for the filming of an episode of FISHING GURUS!

The episode is slightly different to their norm as it’s a commercial fishery match between STEVE RINGER & ANDY BENNETT!
Dean Macey was here presenting along with the full Guru & production crew!

It was a very close match but you will have to tune in next year to find out who won.

Huge thanks to Tackle Guru for choosing our venue to host an episode of this incredible show! 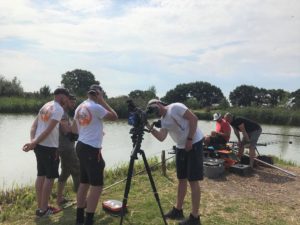 Ali Hamidi visited Partridge Lakes this weekend to practice his pole fishing whilst he is up North preparing for the formerly known as the PDC Fishing Championship, The Sport Stars Fishing Championship features 32 household names from sporting backgrounds competing over four hours to win the coveted team and singles title.

This years event will be on held on Tuesday August 18th at Tunnel Barn Fishery. Presently this years championship is not open to the public but it will definitely be worth a watch as take a look at the line up of competitors … 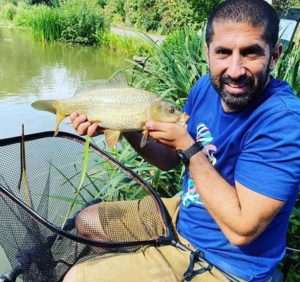 You may recognise Ali Hamidi for being the presenter and exec producer of ITV’s Monster Carp and The Big Fish Off and he is also the European head of media and marketing for Korda fishing brand.

He really is a lovely in person as he is on TV, he had time for everyone he walked past out on the banks, even asking regulars how he should fish the water!

As he visits the North regularly he said he will definitely be back, and we can’t wait to see him again!